Benefits and Application of Multilayer PCBs

Home/Blog/Benefits and Application of Multilayer PCBs

Benefits and Application of Multilayer PCBs

The printed circuit board (PCB) is the core of most electronic products today, and it determines the basic functions through a combination of components and routing mechanisms. Printed circuit boards (PCBs) have become an integral part of many devices used in our daily lives. These PCBs are everywhere, from portable electronics to industrial machinery and heavy equipment, communications equipment and consumer electronics. Today’s PCBs are very complex and come in different shapes and materials. They are flexible and rigid, and have a variety of components that can be connected together to fulfill specific requirements. These require multilayer circuit boards.

What is Multilayer PCB?

The emergence of multilayer PCBs is due to the development and changes of the electronics industry. Over time, electronic functions become more and more complex, requiring more complex PCBs. These design considerations make it difficult for single-sided or double-sided PCBs to achieve satisfactory performance, so multi-layer PCBs were born, the complex PCB with maximum circuitry on smaller PCB size. 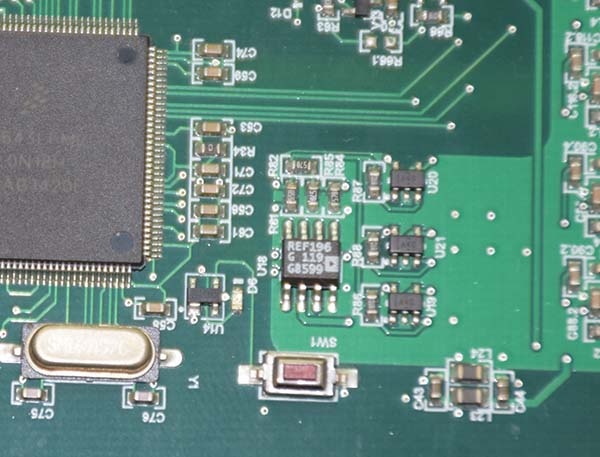 Compared to single- or double-sided PCBs, today’s multilayer PCBs are becoming more common and are available in very small sizes or sizes. Their thickness is variable depending on the number of layers. Generally, multilayer PCBs can be divided into 4 to 12 layers depending on the application and requirements. These layers are usually even layers, that is, a 4-layer PCB or an 8-layer PCB. The production cost of a multilayer printed circuit board is higher because extra steps are involved in the printed circuit board manufacturing process, but their applications are very large. For example, smart phones can have PCBs with up to 8 layers, and military electrical equipment can have PCBs with up to 100 layers. However, a multilayer PCB with such a multilayer structure is extremely costly and the procedure is complicated, so it is rare.

One of the most prominent and commendable benefits of using a multilayer PCB is size. Reduced size due to multiple layers stacked on top of each other and connected through “through holes”. The current trend is toward smaller, more compact but more powerful gadgets such as smartphones, laptops, tablets and wearables, which has brought major benefits to modern electronics.

The smaller the PCB, the lighter the weight, especially because the multiple connectors required to interconnect separate single-layer and double-layer PCBs have been eliminated, and a multilayer design has been adopted. Again, this is good for modern electronics, which are more suitable for mobility.

Multi-layer PCBs are extremely high-density components that integrate multiple layers into a single PCB. These quarter distances make the board more connectable, and despite its small size, its inherent electrical characteristics allow it to achieve greater capacity and speed. As the number of layers increases, you can install more circuits and wiring on the PCB board.

The density of the PCB is directly proportional to the number of components soldered on each PCB. Therefore, the most important advantage of a multilayer PCB is its higher density compared to its corresponding signal and double-sided PCB.

Due to the higher density of multi-layer PCBs, more circuits are integrated in a smaller PCB space, so in high-computing electronics such as quantum computing, artificial intelligence, cryptocurrency mining machines, graphics cards, and supercomputers, you may need More calculations and a more powerful and faster architecture.

Multi-layer PCBs can be manufactured with rigid and flexible structures. Although this is not applicable to all multi-layer PCB components, some do use flexible construction techniques to form flexible multi-layer PCBs. This may be a very desirable characteristic for applications where mild bending and deflection may occur on a semi-regular basis. But the more layers a flexible PCB contains, the less flexible the PCB becomes.

The multilayer PCB is designed as a single unit, rather than in series with other PCB components. As a result, they have only one connection point instead of the multiple connection points required to use multiple single-layer PCBs. It turns out that this is also good for electronics design, because they only need to include a single connection point in the final product. This is particularly advantageous for small electronics and gadgets designed to minimize size and weight. This helps simplify installation and removal of equipment when maintenance and troubleshooting is required.

One of the main disadvantages of designing and implementing a multilayer PCB is cost. Since the manufacture of these boards involves specialized processes, manufacturers providing these services require significant investment. This makes the cost of multilayer boards higher than traditional single-sided or double-sided boards.

The compactness of multilayer boards raises design issues such as crosstalk and impedance issues.

Interlayer interconnections are critical to board functionality, which makes the design and fabrication of microvias and overall density critical. 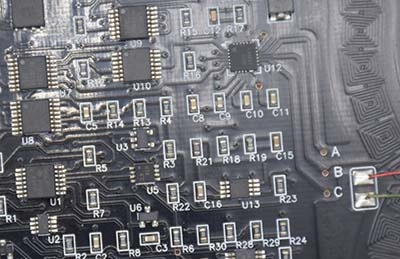 Although there are some disadvantages to using multi-layer PCBs on single-layer and double-layer options, such as increased costs, increased design time, and increased production investment, these costs are becoming more and more acceptable in today’s world. Functionality is much better than cost, and people are willing to pay more for high-capacity electronics. In addition, as technology becomes more mainstream, production technology and machinery will eventually become cheaper, especially with the advent of new technologies.

Consumer electronics products include smart phones, smart watches, calculators, TV remotes, mp3 music players, toys, kitchen appliances, washing machines, electric kettles, electronic cigarettes, LED light bulbs and energy savers. People in the modern world tend to use multifunctional gadgets and smart devices that blend into their remaining lives. From universal remotes to smart watches, these types of devices are quite common in the modern world. They also tend to use multilayer PCBs to increase their functionality and reduce their size.

All products from the server to the motherboard use multi-layer PCBs, mainly because they save space and have high functionality. In these applications, performance is one of the most basic characteristics of a PCB, and cost is relatively low in the priority list. Therefore, multilayer PCBs are the ideal solution for many technologies in the industry.

In the modern era, automobiles are increasingly dependent on electronic components, especially with the rise of electric and smart cars. From GPS and on-board computers to electronically controlled headlight switches and engine sensors, choosing the right components from automotive design is becoming increasingly important. Multilayer PCBs are both compact and durable, and have high functionality and relative heat resistance, making them ideal for automotive interior environments.

Electronics is becoming an increasingly important part of the healthcare industry, playing a role in every corner of the industry, from treatment to diagnosis. Compared to single-layer alternatives, multilayer PCBs are particularly popular in the medical industry because of their small size, light weight, and powerful features. These benefits have led to multilayer PCBs being used in modern X-ray equipment, heart monitors, CAT scanning equipment, electronic sugar testing equipment, and infrared temperature monitoring.

As the defense industry is moving towards a highly compact engineering design, the small size of multilayer PCBs provides more space for other components to complement existing features. These PCBs are assembled with rugged Mil-specific components It can withstand harsh spaces and high-altitude environments, where high-pressure and high-temperature conditions may damage custom-grade components. As a result, these multilayer PCBs and rugged components can meet the stringent requirements of military, aerospace and defense.

Multi-layer PCB can also be used in many other industries, including science and research industry, smart home, smart tracking alarm system, children’s educational toys, etc. All products use multi-layer PCB, making full use of the space and Weight savings and its enhanced features.

In the different types of industries and applications mentioned above, with the emerging demand for modern technology, multi-layer circuit boards has been widely used in the production of electronic products, based on their design flexibility, economic superiority, and stable and reliable electrical performance.