First, let us see a picture, this is a circuit boards with several kinds of the components. We can see resistors, capacitors, connectors and so on. 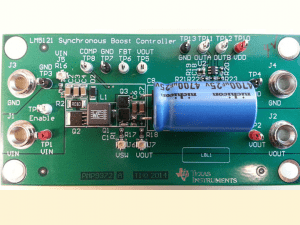 First, let us learn about the resistor.

1.What is a resistor： Elements with a certain resistance made of conductors

2.The role of resistors：The main function is to hinder the flow of current, and we use it in current limiting, shunt, step-down, voltage divider, load and capacitor cooperation, filter and resistance matching, etc.

②Rated voltage: When the actual voltage exceeds the rated voltage, even if they meet the power requirements , it will damag the resistor  by breakdown.

③Rated power: The rated power of the selected resistor, that should be more than twice the actual withstand power, it can ensure the reliability of the long-term operation of the resistor in the circuit.

4.Here are some Resistor’s pictures

1.What is an inductor：Components that can produce inductance, they are collectively referred to as inductive components.

1.Concept：Semiconductor diode, also known as crystal diode, referred to as diode, consists of a PN junction plus lead and tube shell. It has unidirectional conductivity and is a nonlinear component.

②Mark the side of the arrow

2.Function: Amplify the weak signal into a larger electrical signal, as well as a non-contact switch .

1.Concept: It is a component that can turn on and off a circuit board. We can see switches  in various electronic devices and household appliances.

4.How to confirm chip polarity：

①a corner with a dot

②there is a gap in the corner

5.Here are some images of IC

①Improve production process：The connector simplifies the configuration process of electronic products,  and it builds a bridge of communication, so that the current flows and the circuit achieves the predetermined function

②easy to repair：If an electronic component fails, the failed component can be quickly replaced when the connector is installed

③Easy to upgrade：As technology advances, when we install the connectors, if we want to update the components , we just can replacing old ones with new, more complete components.

The above is the relevant analysis of the eight major components, which we often see on the circuit board.

In fact, there are many components on the circuit board, such as: voltage controller, fuse wire, crystal , electroacoustic devices, etc..

If you have any questions, please leave us a message to communicate.