It is very complicate of the production of PCB（circuit board）.Taking a four-layer printed board as an example, the production process mainly includes:

4.core board drilling and inspection

But first, let’s learn about the classification of circuit boards. 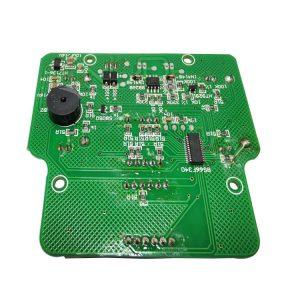 Usually, the number of layers is even and includes the outermost two layers. Most motherboards are 4 to 8 layers of structure, but technically it can achieve nearly 100 layers of PCB.

Most of the large supercomputers use fairly multi-layer motherboards, but because clusters of many ordinary computers can replace these such computers. Also due to super-multilayer circuit boards have gradually fallen out of use. Because the layers in the PCB are tightly combined, it is generally not easy to see the actual number, but if you look closely at the motherboard, you can still see that it is several layers.

Next, let’s learn about the production process of the circuit board.

1.Process flow of single-sided pcb board:

3.Process flow of nickel-gold plating on double-sided pcb board:

4.Process flow of nickel-gold plating on multi-layer pcb board:

5.Process flow of multi-layer pcb board immersion nickel gold board: