Connector, also known as connector, plug and socket in China. Generally refers to electrical connectors. That is, the device connecting two active devices to transmit current or signal.

Connector is a kind of component that our electronic engineers and technicians often contact.

Its function is very simple:

build a communication bridge, between the blocked or isolated circuits in the circuit.

So as to make the current flow and realize the predetermined function of the circuit.

Observe along the current flow path, and you will always find one or more connectors.

The forms and structures of connectors are ever-changing.

For example, the connectors for lighting on the court, are very different from those for hard disk drives and rockets.

However, no matter what kind of connector, it is necessary to ensure the smooth, continuous and reliable flow of current.

In general, what the pcb connector connects is not limited to current.

Today, with the rapid development of optoelectronic technology.

The carrier of signal transmission in optical fiber system is light, glass and plastic instead of wires in ordinary circuits.

But connectors are also used in optical signal path.

Which have the same function as circuit connectors. 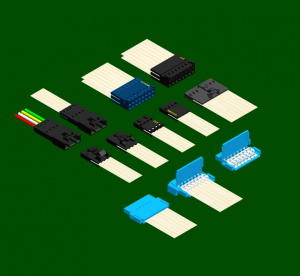 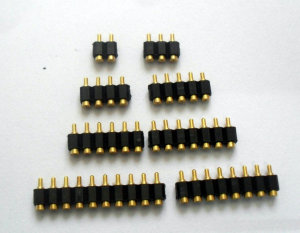 Another important mechanical property is the mechanical life of the pcb connector.

It takes one insertion and one pull-out as a cycle, and takes whether the connector can normally complete its connection function (such as contact resistance value) after the specified insertion and pull-out cycle as the evaluation basis.

The plugging force and mechanical life of the connector are related to the contact structure (positive pressure), the coating quality of the contact part (sliding friction coefficient) and the dimensional accuracy (alignment) of the contact arrangement.

The contact resistance of the connector ranges from a few milliohms to tens of milliohms.

③ Electrical strength, or voltage withstand, dielectric withstand voltage, is the ability to withstand the rated test voltage between connector contacts or between contacts and housing. 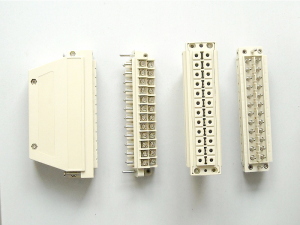 At present, the maximum working temperature of the connector is 200 ℃ (except for a few high-temperature special connectors), and the minimum temperature is -65 ℃.

In some specifications, the maximum allowable rise of the connector under the rated working current is clearly specified.

The invasion of moisture resistance will affect the insulation performance of connection h and rust metal parts.

When the salt spray resistant  pcb connector works in the environment containing moisture and salt, the surface treatment layer of its metal structure and contact may produce electrochemical corrosion, affecting the physical and electrical properties of the connector.

In order to evaluate the ability of electrical connectors to withstand this environment, salt spray test is specified.

It is to hang the connector in a temperature controlled test box and spray the specified concentration of sodium chloride solution with compressed air to form a salt fog atmosphere.

The exposure time is specified by the product specification, which is at least 48 hours.

It is an important index to test the robustness of mechanical structure and electrical contact reliability of electrical connectors.

There are clear provisions in the relevant test methods.

The peak acceleration, duration and shock pulse waveform as well as the time of interruption of electrical continuity shall be specified in the impact test.

The “miniaturization”, “high-speed mobility” and intellectualization of pcb connector products are the trend of future development. 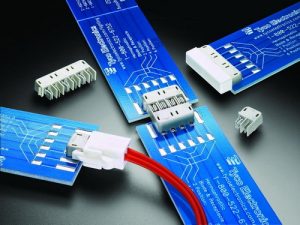