Today I’m going to introduce to you one of the simplest synchronous rectifier chips in history. It doesn’t require any peripheral devices, do you believe it?

Synchronous rectification is a new technology that uses special power MOSFETs with extremely . 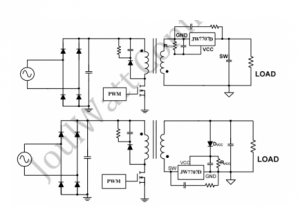 Today, the synchronous rectification DK5V45/100 series launched by some domestic IC manufacturers I work with really does not require any external current limiting resistor or VCC power supply capacitor. TO-277 package can directly replace the Schottky diode without revision. , replace directly.

Since the end of 2017, the prices of resistors and capacitors have been rising all the way. Not to mention foreign investors such as iwatt Jiehuat, synchronous rectifiers such as Xinmao Microelectronics all need current limiting and power supply peripheral components, but domestic Dongke synchronous is packaged with TO-277​, which can be Directly replace the Schottky such as 10u45 in the previous mobile phone power supply products, even compared to the traditional Schottky 5V 78% efficiency, the Dongke synchronous rectification can achieve 85%, and the efficiency of Qualcomm QC3.0 fast charge 12V can be above 90%

Therefore, if you are a power supply R&D engineer and are interested in synchronous rectifier chips, please contact us, our JY electronics company will have a professional technical team that will spare no effort to support you.