Did you know that almost every gadget, or electronic device you use in your daily life, that has a common basic building block? pcb assembly？

Almost any electronic device, including your PC, laptop, smartphone, game console, microwave, TV, dishwasher, etc., will not function properly without PCB assembly. So, what is PCB assembly?

②Double-sided is an extension of single-sided. When single-layer wiring cannot meet the needs of electronic products, we use double-sided. Both sides have copper cladding and traces, and we can conduct the lines between the two layers through vias to form the required network connections.

③Multilayer board refers to a printed board with three or more conductive pattern layers and insulating materials between them separated by lamination, and the conductive patterns are interconnected as required. Multilayer circuit board is the product of the development of electronic information technology in the direction of high speed, multi-function, large capacity, small volume, thinning and light weight. volume_up content_copy share. 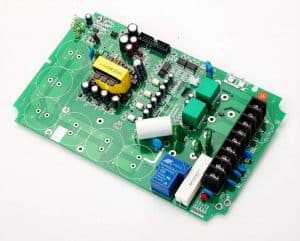 The connection methods of components and circuit boards are divided into patch and plug-in.

The most fundamental difference between the plug-in and the patch, that is the package and the difference in size: the plug-in has pins, and it needs to be installed on the PCB to open holes in the PCB and solder it through the PCB; the patch, as the name suggests, fits like a plaster, but it is also for tinning soldering, the contact surface between the PCB and the device is flat.

The main tool for hand soldering is the soldering iron. There are many types of electric soldering irons, including direct heating type, induction type, energy storage type and temperature regulation type. 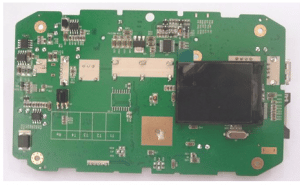 Solder is the main material for welding. The solder used for soldering electronic components is actually a tin-lead alloy. The melting point temperature of solder with different tin-lead ratios is different, generally 180~230 ℃. Tubular solder wire is the most suitable for manual soldering. The solder wire is sandwiched with high-quality rosin and activator, which is very convenient to use.

The tubular solder wire has various specifications such as 0.5, 0.8, 1.0, 1.5, etc., which can  easily to select.  Flux is a material that can clean and protect the surface of the metal, after it heating,that can  weld . The metal surface in the air is easy to form an oxide film. It can prevent the wetting effect of the solder on the welding metal. It also can appropriate use of flux can remove the oxide film. Which can make the soldering quality more reliable and the solder joint surface smoother and rounder.