Although printed circuit boards (PCBS) are a generic term in the electrical and electronics world. Few people know about their origins, requirements, and design requirements. Before a PCB can be developed into its current state.Components must be interconnected by wiring from one point to another. This is not only laborious, but also prone to frequent failures at the joints and places. Where the wiring insulation layer ages, breaks and forms short circuits.

This leads to continue winding. They wound a thin wire around a metal column at a single connection point. This creates a connection that is highly durable, airtight, and easy to change.

The function of the PCB

Instead of point-to-point wire connections, PCBS use copper traces printed on non-conductive boards or substrates, hence the name. The PCB also has space to mount other required electronic components on the board, making welded PCBS the main sub-component in electronic equipment today. In addition to mechanically securing the component to the PCB, solder can also form a good electrical connection between the component lead and the copper wire on the this.

A single-sided PCB has copper wiring only on one side of the non-conductive substrate. To accommodate more complex circuits on smaller boards, single-sided PCBS soon gave way to double-sided circuits, whose copper traces appeared on either side of the substrate. As circuit complexity increased, designers continued to design multiple layers of PCBS and interconnect copper wires on each layer using perforations. The complexity of today’s modern computer boards requires that they can accommodate up to 16 more layers. 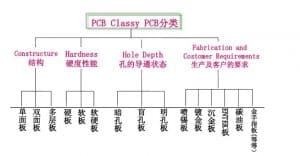 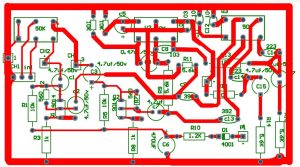 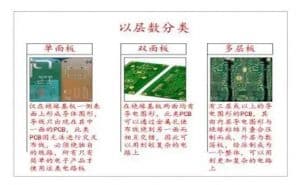 1，The typical non-conductive substrate of a PCB is made of phenolic paper or glass epoxy and is rigid. Special PCBS can make from other materials, such as polyimide or Kapton, and can be flexible rather than rigid. In addition to non-conductive substrates and copper wiring, a green insulating mask protects the PCB, leaving only the part of the wiring or pad to welding. Flexible plates use a covering layer insteading of a green blocking layer.

2，To aid assembly and allow indicators to better understand the PCB. Designers often apply a light-colored Slikscreen layer on top of the solder barrier layer to add letters, numbers, and symbols to the PCB. For example, screen print labels can indicate the function of each pin of the connector or the polarity of the LED.

A PCB provides a solid surface on which the components that make up an electronic device can mount in an organized, orderly fashion. The PCB also provides the insulation that need between components to allow them to function properly and to dissipate heat. In short, PCBS are one of the factors that allow designers to make smaller, more compact electronic devices.

PCB’s have grown in popularity because of its unique advantages, including the following: