The HDI PCB, also called high density interconnect PCB board, is a circuit board with high distribution density using microblind hole and buried holetechnology. The HDI PCB has inner and outer circuits, and the inner connection of each circuit can be realized by drilling, metallization and other processes. The HDI PCB is a compact product designed for a small number of users. The hole diameter of the HDI circuit board shall be less than or equal to 6mil, and the ring diameter shall be less than 10mil. And the line contact density should be more than 130 points per square inch, and the signal line spacing should be less than 3mil. 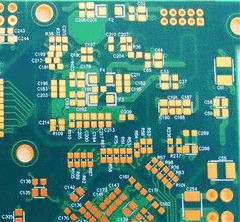 The functional holes of the printed circuit board for surface mounting are mainly electrical interconnections, which makes the application of microporous technology more important.The use of conventional drill material and CNC drilling machine to produce small holes has many faults and high cost. Therefore, PCB high density is mostly concentrated on wire and pad fine, although great achievements have been made, but its potential is limited, to further improve the fine (such as less than 0.08mm wire), the cost of sharp rise, so turn to micro hole to improve the fine.

At present, the technology of nc drilling machine has made a new breakthrough and progress. And formed a new generation of CNC drilling machine characterized by drilling small holes. The efficiency of micro-hole drilling machine in drilling holes (less than 0.50mm) is 1 times higher than that of conventional CNC drilling machine, with fewer faults and a rotating speed of 11-15r/min. O.1-0.2mm microhole can be drilled with a small quality drill with high cobalt content. Three plates (1.6mm/ block) can be stacked to drill. When the drill bit is broken, it can automatically stop and report its position, automatically change the drill bit and check the diameter, automatically control the constant distance between the drill tip and the cover plate and drill depth, so that blind holes can be drilled without damaging the table. CNC drill table with air cushion and maglev, move faster, lighter, more accurate, will not scratch the table. 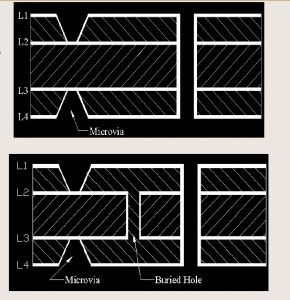 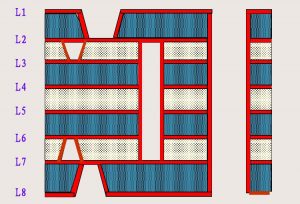 Buried, blind hole structure of the HDI circuit board, are generally completed by the “sub-plate” production, which means that it has to go through a number of platen, drilling, hole plating to complete, so precise positioning is very important. Therefore, the interconnect density of embedded, blind and through-hole multilayer PCB board is increased by at least three times compared with the conventional full-through-hole board structure at the same size and number of layers. If the printed board is combined with buried, blind and through-hole under the same technical specifications, its size will be greatly reduced or the number of layers will be significantly reduced.Therefore, in the high-density surface mounting PCB, the buried and blind hole technology has been more and more applied, not only in the surface mounting PCB of large computers, communication equipment, etc., but also in the field of civil, industrial has been widely used, even in some thin plate has been applied. 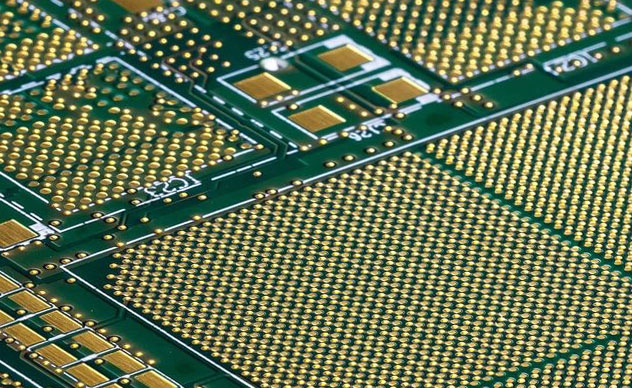 1.Thin or ultra-thin copper foil (<18um) substrates and fine surface treatment techniques are now used due to the thin wire width of the HDI circuit board.
2.The current HDI circuit board has been made by thin dry film and wet film lamination process, thin and good quality dry film can reduce line width distortion and defects.High precision six layer circuit board wet film can fill small air gap, increase interface adhesion, improve wire integrity and accuracy.
3.HDI PCB circuit etched by electrodeposition photo imageable etching resist film (company – deposited Photoresist, ED).Its thickness can be controlled in the range of 5-30/um, which can produce more perfect fine wires. It is especially suitable for narrow ring width, no ring width and full plate electroplating. At present, there are more than 10 ED production lines in the world.
4.HDI circuit board line imaging using parallel light exposure technology.Because the parallel light exposure can overcome the influence of the oblique rays of the “point” light source, such as the line width variation, many manufacturers can thus obtain fine wires with accurate line width size and smooth edges.But parallel exposure equipment is expensive, expensive, and requires a high degree of cleanliness in the environment to work.
5.Automatic Optic Inspection (AOI) is adopted for HDI circuit board Inspection.This technology has become a necessary means of detection in fine wire production and is being rapidly popularized and developed.

Electronic design is constantly improving the performance of the whole machine, but also trying to reduce its size. In small and portable products, from mobile phones to smart weapons, “small” is a constant pursuit. High density integration (HDI) technology enables the design of end products to be more compact, while meeting higher standards of electronic performance and efficiency. HDI is widely used in mobile phones, digital cameras, MP3, MP4, laptops, automotive electronics and other digital products, among which mobile phones are the most widely used. HDI boards are generally manufactured by the build-up method. The more times of layering, the higher the technical level of the board. The ordinary HDI board is basically one-step layering, while the higher-order HDI adopts layering technology of two or more times, as well as advanced PCB technology such as hole stacking, hole filling by electroplating, and direct laser punching.The higher-order HDI board is mainly used in mobile phone, advanced digital camera, IC board and so on.

ERP system can clearly record the information and changes of each project and manage the data well.