Why Anti-Static is Must Needed For PCB and PCBA？

Why Anti-Static is Must Needed For PCB and PCBA？

Static electricity is a kind of non- flowing charge. It is formed when the electric charge gathers on an object or surface. Any two objects with different materials will produce static electricity if they are separated after contact.

In daily life, especially in cold seasons and dry areas, people often encounter these phenomena: when they take off their clothes, they often hear the crackling sound: when they are ready to shake hands, when they just touch each other, they will suddenly feel the pricking pain of their fingertips: when they comb their hair, their hair will often “float” up, and so on. This is the static electricity that occurs in the human body.

These phenomena bring a little trouble to our daily life to some extent, but they are not serious. So people don’t care too much about it. But for the electronics industry, the impact of static electricity is far more serious than we think.

The harm of static electricity to PCBA

Firstly, electrostatic adsorption will cause serious pollution to PCB. As we all know, no matter it is PCB production or SMT and DIP procedure, the industry requires dust-free operation. However, static electricity will attract dust, which will affect circuit boards and components.

Secondly, so called the ESD–electrostatic discharge damage, causing damage to components and PCBs.

1. As for PCB, electrostatic discharge can penetrate the oxide layer and cause the short circuit; the discharge current can also melt the copper layer’s circuit and forms the open circuit.

2. The static electric current will destroy the insulation or conductor of the component, damage the component completely, and inable to work. The heat generated by the instantaneous electric field or current affects the component, although it can still work, the life is not as before.

3. Electromagnetic interference from static electricity can affect the chip. Electrostatic discharge will radiate a lot of radio waves, and the frequency of these radio waves will cause interference to the chip. They can disrupt the programs on the chip and affect the functionality of the product. 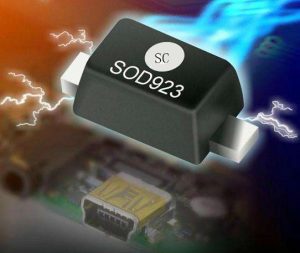 Generally, the electrostatic potential of the human body is in the range of 1-2KV. We can hardly notice that our static electricity has done any harm to the PCBA or component.

Some components lose their functions directly after being subjected to electrostatic discharge.

After some components being affected by static electricity,will reduce some parameters and can hardly found without comprehensive inspection. But this injury has potential risks. If such components are used, they will continue to be damaged in the future use, and eventually make them invalid.

PCBA production has many steps. When NG board is founded, engineers and inspectors must analyze the cause of failure from all aspects. Some electrostatic damage is also difficult to distinguish from other reasons.

How to prevent PCBA from the damage of static electricity?

In workshop, it is forbidden to use wooden floors or woolen, linen, or chemical fiber carpets. Floors should made of static conductive materials, such as anti-static floors or anti-static mats on grounds, should be selected and effectively grounded.

The ceiling and wall materials should be made of antistatic materials. Plaster and lime paint can be used. Ordinary wallpaper or plastic products are prohibited.

The relative humidity of the workshop should be no less than 50%. Because dry environment is more prone to static electricity.

The workbench should be covered with anti-static mats, and must be grounded. Workers must wear antistatic work clothes, work shoes, and antistatic wristbands. Prohibit technicians from touching the PCB and components directly with their hands in production, they must wear Anti-static gloves.

Our company strictly adheres to the anti-static requirements at every aspect.

Firstly, in terms of environment and devices, our company has strict requirements. The materials of our workshop’s walls, floors and ceilings meet anti-static standards. All workbenches have antistatic mats and grounding devices. There are some temperature and humidity meter in our workshop to help us to observe whether the temperature and humidity are suitable. There are sticky mats at the entrance of the company and the entrance of the workshop to prevent static electricity from being brought into the workshop by dust.

We aslo have ERP system to manage every project from production file, quotation, purchase, production, delivery until service after it. Date will be found quickly and precise no matter when client wants to begin project.

If you have related projects, welcome to inquiry us to get free quotation.

Get Free Quote Now
SusySales Engineer
Collating all the information, to ensure orders’ the production and delivery successfully.
adminof86PBC20212020-02-21T06:50:44+00:00