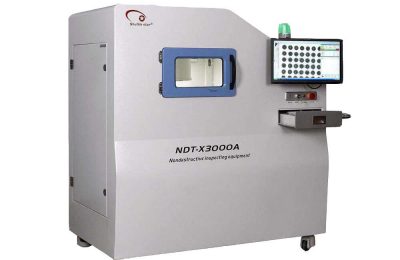 X-ray is usually referred to Automated X-ray inspection (AXI), a kind of short wavelength and powerful electromagnetic wave, the wavelength of X-ray is shorter than the wavelength of visible light (about 0.001 ~ 10 nanometers). The photon energy tens to hundreds even thousands of times larger than visible light photons energy. It was discovered by a German physicist — Wilhelm Konrad Rontgen in 1895, so it is also called “Rontgen Ray”. X-ray is highly penetrating, it can penetrate many substances that are opaque to visible light. X-ray has the effect of penetration, ionization, fluorescence, heat, refraction and so on, the PCBA manufacturing field mainly uses its penetration effect, is one of the most important steps for quality-oriented PCB manufacturers.

Why need X-ray inspection in PCBA ?

In recent years, the area array components like BGA, QFN, CSP, and flip chips, are aplicate wider and wider in the electronics manufacturing. Such as BGA, comparing with other components, it has numbers of pins, smaller inductance and capacity between pins and better cooling performance. However, the BGA also has shortcomings, for example, after the SMT, the solder joints under the package can hardly be judged the soldering quality by eyes or AOI testing.

X-ray equipment is based on the strong penetrability of X-ray, the light tube emits X-ray under high pressure, which can effectively penetrate the objects to be tested, the image perform is diverse by different density and thickness, thus to realize the solder points detection. In order to ensure the soldering quality, more and more manufacturers are choosing X-rays to inspect the components which the soldering joints were hidden.

How to inspect by X-ray ?

The Automated X-ray transmitting tube emits X-rays pass through the test sample. A detector is on another side of the AXI machine, that to transfer the X-ray to visible light and provide the optical image by the camera. The sample material absorbs the x-rays to different degrees due to its own density and atomic weight. Therefore, the imaging on the receiver will be significantly different, the higher density, the stronger absorption of X-ray, so the shadow image is clearer. The closer to the X-ray tube perform the larger image, and the farther to the X-ray tube perform the smaller image.

What defects can X-ray detect ?

The X-ray can detect the internal situation of components’ soldering. It use the penetration capacity of X-ray to detect the insufficient solder, poorly soldered, solder short and other problems of solder joints.

Most probable causing of voids are solder paste and component itself. In the X-ray images, some “bubbles” can be seen in the solder joint. 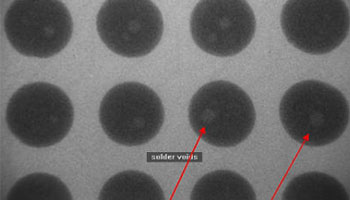 If there is a gray “bridge” between soldering joints, we can basically judge it as solder short. 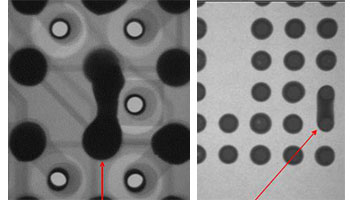 If the solder paste amount abnormal or deviation in SMT, components may shift. According to the X-ray inspecting image, the shadow of the pins and soldering pads are not match, we can found the components misalignment. 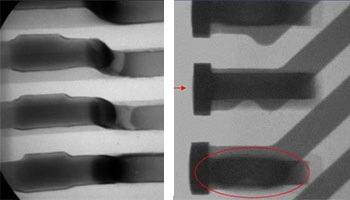 * The poorly soldering can be determined by the grayscale and the size of the joint.

PCB soldering pad oxidation will cause poorly welding. The image presented by X-ray detection is that the soldering joint is obviously larger than normal. 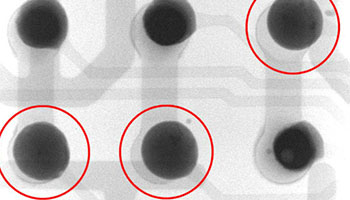 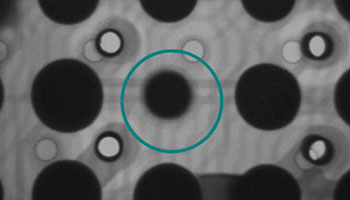 Cold soldering is caused by incomplete fusion of SMT solder paste due to insufficient welding temperature and time during reflow soldering. It is not easy to find in general, but the X-ray inspection image show the problem clearly. 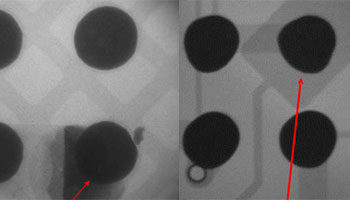 In 86PCB, we have the Automated X-ray machine for inspecting. Our inspection in this respect is very professional and strict. We have many PCBA projects are using the flip chips, BGA, QFN and CSP. Our company requires that if the project contains such components, they must be fully X-ray inspected.
Below are some of the projects we’ve done. In order to protect our customers’ design, we only capture part of the X-ray image to illustrate.

This PCBA is a control board for GPS positioning, it is the transmitting board which contains many mini BGAs and a module. In this project, we not only inspected BGA, but also other components.

A. This picture shows a distant view of soldering situation. The module, capacitors, and resistors are all in good conditions. 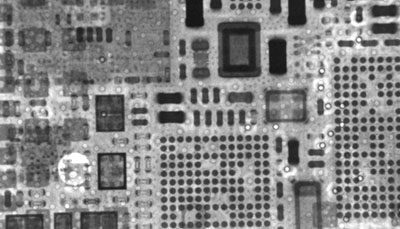 B.Zoom in for inspecting chips. 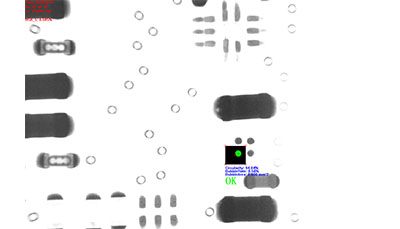 C.This picture shows the defect soldering. In this case, we need to re-check the quality of components’ quality and solder paste’s quality, and reflow-soldering temperature etc, and then arrange the repairing. 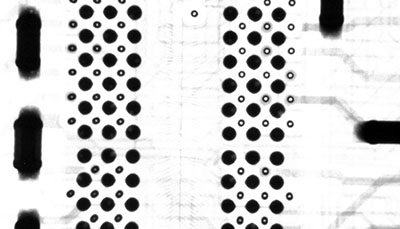 This PCBA has a module, and its SMT USB has a case that the pins are all hidden inside. So we also fully X-rayed the whole PCBA boards of this project.

This is inspecting the module, the soldering is in good condition. 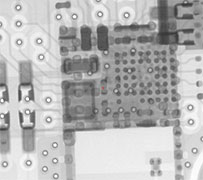 This is the SMT USB. We can see the shadows of pins are very bright. It shows the poorly soldering, we got this image and arranged the repairing. 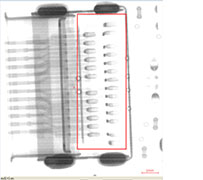 After repairing, rechecked the USB. 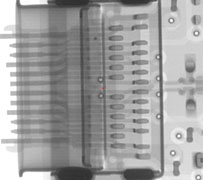 However, we still need QA technician to do double check after X-ray inspection. We founded that a few numbers of USB which were passed the X-ray inspection in actually still had poorly soldering. So we re-arranged the repairing for those USB.

With the development of society, the use of such components will be more and more common in the electronic industry. We can provide X-ray testing for the PCBA to ensure the quality. Our company always complies with the trend of The Times and is making progress all the time.

We aslo have ERP system to manage every project from production file, quotation, purchase, production, delivery until service after it. Date will be found quickly and precise no matter when client wants to begin project.

If you have related projects, welcome to inquiry us to get free quotation.

Get Free Quote Now
SusySales Engineer
Collating all the information, to ensure orders’ the production and delivery successfully.
adminof86PBC20212019-10-29T06:44:17+00:00